Some of you might wonder why I’m always picking on the wives. You might want to know if there’s ever a good time to “say it how it is” to your husband. You’re probably sick of me…

I understand, I’m kind of sick of me too. I’m sick of a conscience that (often, not always) won’t let me give into selfishness without a fight.

But we want the Holy Spirit to show us the things about ourselves that God is wanting changed, right?

We want the marriage that the Bible talks about. We want to stop drinking the milk  of scripture and have the meat instead. But to do that, I’m convinced that we have to start obeying in these simple things. Then maybe we won’t distract ourselves and our husbands from what’s truly important.

I want a relationship with Michael where we treat each other how we’d like to be treated, so that we’re “heirs together in the grace of life”.

There’s the problem, you say. Why don’t you ever talk about what the husband is supposed to be doing in this “heirs together” business?

But whether he is or isn’t treating you right, how is it going to help matters if you continuously whine or nag him about it?  Will it be helpful to rub his face in his flaws all the time?

Have you ever rubbed a guy’s face in his flaws before?

I think generally when men are constantly shown how terrible they are, they (like us) have the fight or flight mentality. Which one is best?

Fighting means hold the phone, tell the kids to keep to themselves while we argue about why I’m saying he’s a failure at loving me, or taking me on dates, or cleaning up after dinner, or whatever I’ve decided “needs some changing around here”.

“Flighting” means he goes away from me, either physically or mentally so that he can comfort himself back into believing that he’s not such a terrible excuse of a human being after all.

Which do we prefer?

Neither one has the results we are longing for.

And that is why we want some reminders of a few things that actually do work.

Like being sweet, and kind and understanding. For longer than an hour.

Think of how we’d feel if our teenager (or good friend) was just nasty to us, told us what we were doing wrong all the time, made fun of our flaws, and told their friends what an idiot we were about something. For years they did this, more times than we could count.

Then, what if that teen (or friend) regularly came to us and said, I love you and miss hanging out with you, why don’t you ever want to take me out for lunch and buy me new clothes, or bring me little surprises. And they would smile at us for a minute for no reason, when they hadn’t done that in weeks.

How would we feel?

Sometimes we can’t have the things that we want the most from our husbands…unreserved love, time together (because he wants to), affection, open and deep conversations, sympathy for us after a long day…

Why? Why can’t we have those things?

Because we’re little brats to them, and that isn’t attractive. At all. That’s not endearing, or sympathy-enducing, and it won’t get us where we want to go in our relationships.

But, boy can we turn on the charm when we want something.

That’s called using them. For our own gain. There is no love in that. That’s just selfish.

What happened to that love the Bible is always talking about? The kind that doesn’t look out for self, it just gives and gives? Where is that love?

Do you want your husband to change? Do you want him to listen to you and then care about what you just said?

Then try to be sweet to him. Forever. Just like you promised.

Don’t read this and go away thinking, “okay, I’ll try it…she said be sweet, so here it goes”.

Because we can’t just be sweet for a day, or two or three. We have to beg God to change our hearts. Being sweet for a day and then expecting our man to shower us with affection is still using him.

We haven’t really changed, we just want something, so we’ll try anything to get it.

Do we care about our men? Really? Then let’s prove it.

“How does he feel right now?”. (Men do experience feelings, you know.)

(Don’t, for goodness sake ask him what he’s feeling, he will want to kill me, and that wouldn’t be nice.)

But think to yourself, try to be understanding of how life is affecting him. Not in an obsessive way like “I must know ALL of his thoughts right now”. But in a best friend way. The kind where you don’t even have to say anything, you just look at each other, and you KNOW how the situation is affecting him.

Remember when you used to do that with him? It was fun. You could communicate with no words. He felt understood by you.

Try it. Try to take away the veil that keeps you from being the understanding girl he married. That veil is called self. Self-pity, self-righteousness, self-love, self-hatred.

While you’re being the understanding girlfriend, why not pick up The Proper Care and Feeding of Husbands and have a little refresher? It will be worth every moment of your time. Time is short, hurry so you can enjoy it.

“At some point in [her] life, there came a shortage of the future.” 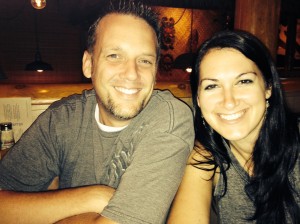