As we’ve read and heard so much about abortion lately, something that continues to be emphasized is the selfishness of the pro-choice advocates. The arguments are compelling; to end another life for our own convenience is selfish, I agree.

But what if our pro-choice friends aren’t the only selfish ones?

I know it’s difficult to recognize selfishness in ourselves. We’d rather recognize it in someone else!

But just think…if we really, truly cared that much about all of those babies, wouldn’t more of us be adopting?

And if we don’t want to get involved in adoption (because it would be inconvenient), should we really be calling out our pro-choice friends for their selfishness?

Lately I’ve been thinking of my own selfishness. I thought of all the times that I look the other way while I continue to accumulate things, experiences, or the luxury of time alone with my family without having to “worry” about other people.

Even though I am pro-life, I too can have the wrong priorities. I have often valued things over people. Getting involved in someone else’s problems is usually somewhat miserable and exhausting.

This problem often makes us feel stuck. Why can’t we take those babies for those women? What can we DO? In our grief over these lives, we want to help in a very real way.

We know that it does no good to spend a day in sadness and then go on with our lives.

(You know I have to include a few quotes. Sorry, I just have to. These are the quotes that have helped to move me from thinking to acting, and I wanted to share them.)

“…there are people who like to enjoy the luxury of pity without taking the real pain or trouble of helping.”

I have often thought as these months have gone on: what if everyone who was devastated over this loss of life was willing to get involved with children and adopt several? That may not save the millions that are being killed before they are born, but it certainly will be putting our money where our mouth is.

“Every movement of pity which does not lead to an effort to help, goes to form a heart of stone. There are none so difficult to move to help as those who allow themselves the luxury of idle pity.”

“The luxury of idle pity”. Does that describe many of us on the pro-life side? I think we truly grieve and care; but getting that grief past our heart and into our actions must be the result of our sadness.

If we say that we value life, then we will value all of life. Including the lives already out here, who are suffering.

If all of us who were broken up about this would adopt several children, wouldn’t that say more to the pro-choice community of what we’re about than all the words we could pump into the interwebs?

I know. It would be messy. And difficult. And inconvenient.

When we consider this, we may find that we are quite a lot like our pro-choice friends when it comes to the intensity with which we value and protect our freedom.

Have we made an idol out of our freedom?

Bringing more children into our homes who were not originally ours would put a crimp in our style. We would lose some freedom for sure. We might not be able to travel so much. Or buy things we want (some would say need), or have a certain amount of free time.

But when we look down the road to things that matter in the end, I am confident that we’ll be glad we decided to collect people and not things.

Many years ago, I read two books called Margin and The Overload Syndrome, by Richard Swenson. For me, it was the beginning of a new way of thinking. It was the foundation for the idea of collecting people, not things. One of the stories he referenced has stuck with me since then. It was from Tolstoy’s War and Peace:

“Napoleon is marching on Moscow in 1812. Within a few days the city is doomed to fall, so all the people are busy packing their possessions to evacuate.

One wealthy count has more than thirty carts loaded with furniture and valuables in the courtyard of his mansion. But also in the courtyard and lining the streets of the city are wounded soldiers waiting inevitable death at the hands of Napoleon’s advancing army. Suddenly, the count’s daughter sees it: possessions on the carts to be rescued; wounded people on the ground left to die. With tears in her eyes, she runs to her father, pleading to put the wounded on the carts. The count, who has a tender heart as well, sees the shame of it. Weeping, he hugs his daughter: ‘The eggs are teaching the chickens.’

I know that the timing isn’t right for everyone to adopt at this moment. We have experienced the reality of that ourselves. But most of us can do something to help in the meantime.

We realize that even now the timing isn’t necessarily perfect, but we’ve decided to go ahead with our adoption plans. Over the spring and summer we have worked hard to get approved for adoption. We are nearly certified for foster/adoption, but because of the uncertainty of the “system”, I have waited to mention it till now. It may still be a considerable wait. So don’t be worried if you don’t hear about it for a long time!

Michael and I have spent a lot of time thinking about this idea of “taking possessions off the carts and putting people on”. For most of us, it’s a real challenge to wrestle with. I would never say that we’ve got it all figured out. We are so grateful to all of you who have supported us on this journey. We’ll let you know what happens. 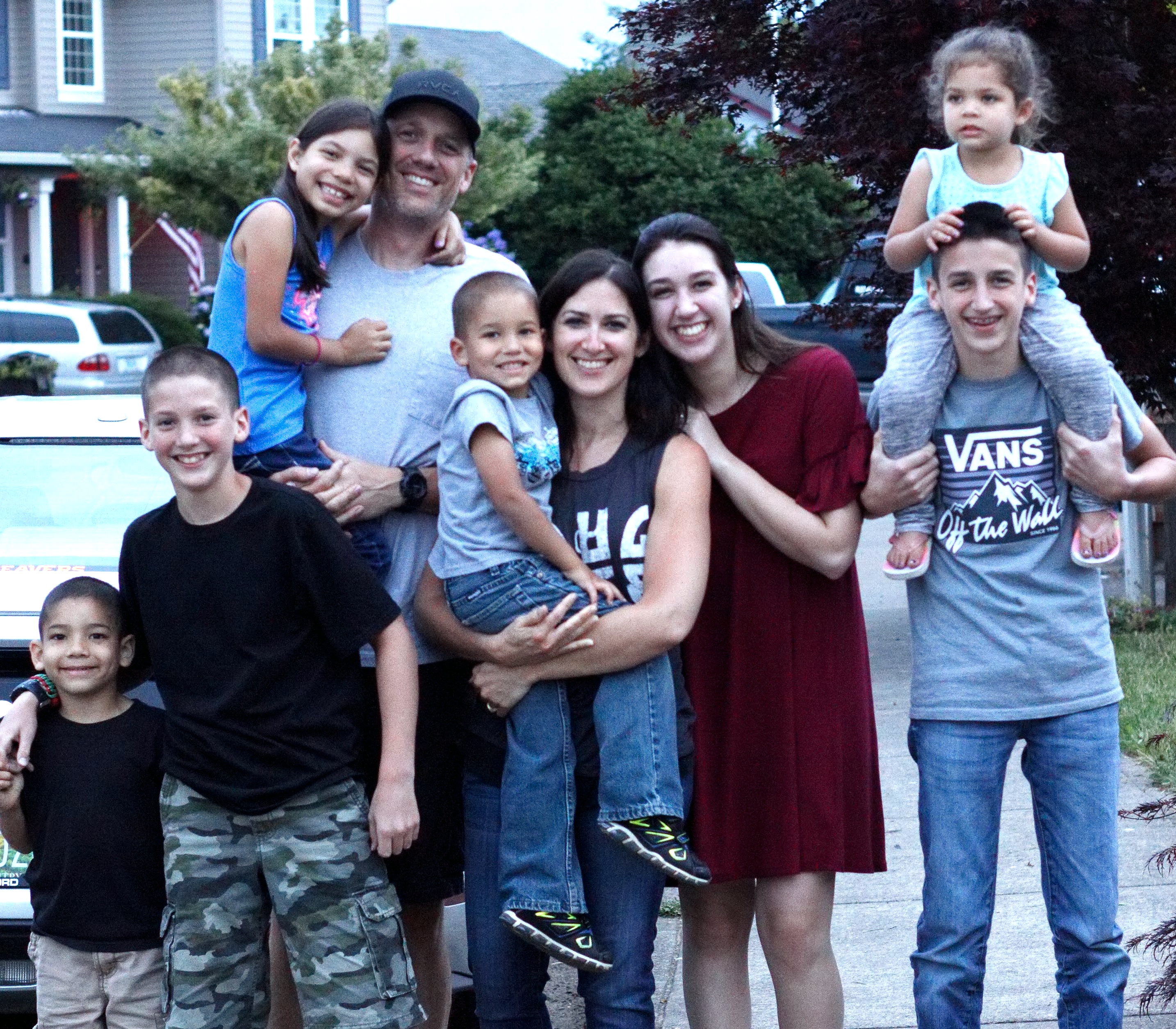